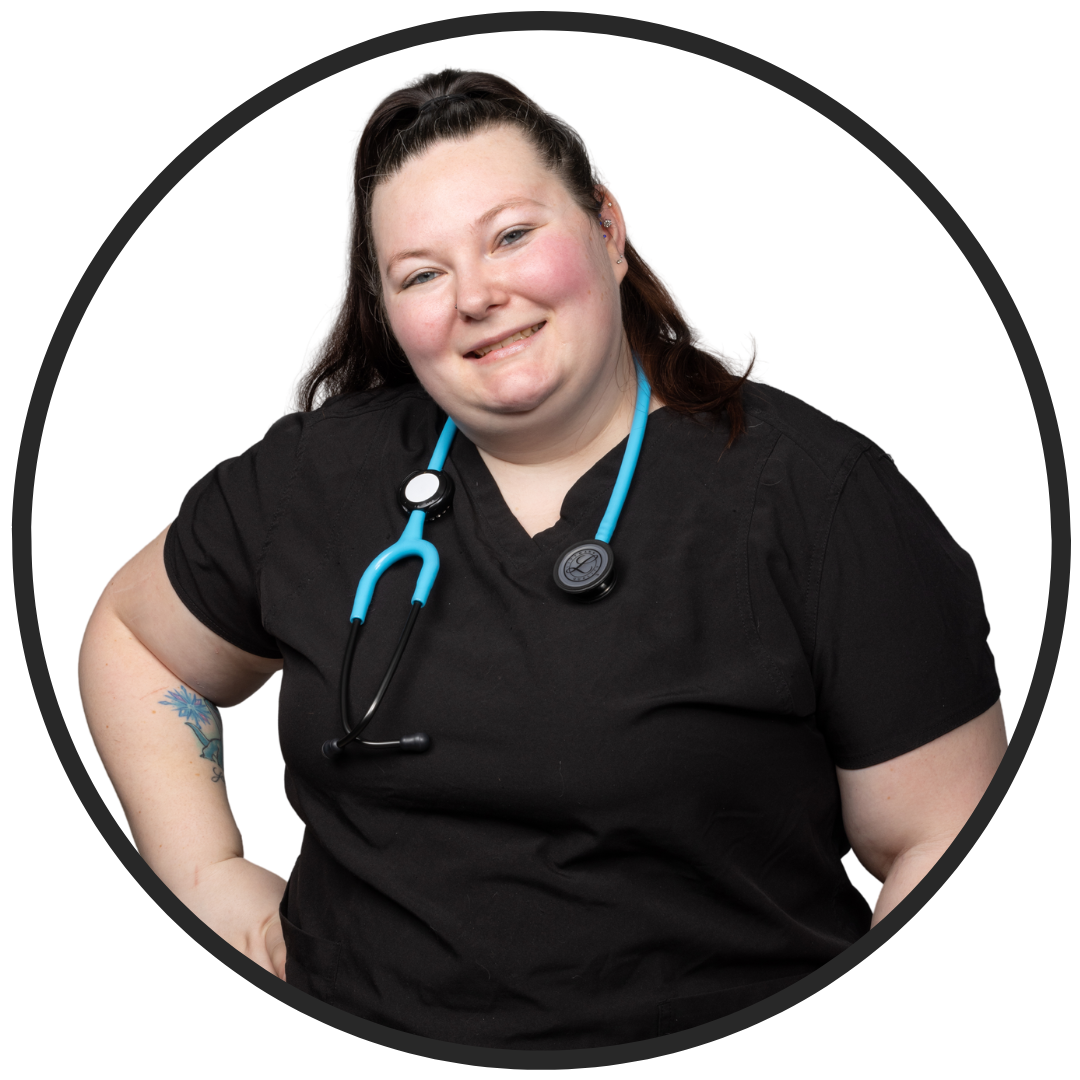 ​​​​​​​Rosey was originally born and raised in New Jersey. She was adopted at the age of 8 years old and has always loved animals. In fact, Rosey grew up with four cats, two rabbits, a guinea pig, hermit crabs and a dog. She became interested in veterinary medicine after her dog passed away in 2012 from a neurological issue causing her to not be able to walk.

Rosey worked At Red Bank Veterinary Hospitals for about 8 years before she joined the PASE team. She is excited by her career opportunities at PASE and has felt welcomed by her fellow team members! She is interested in pursuing her CVT in an effort to gain more professional experience in the industry. She hopes to work in this field for the rest of her life!

Rosey has a pet cat called Hermione Jean, named after the character from Harry Potter.